Who is behind the company Nature Is Unique ? And what motivated us once to found this company?

We are a team operating from Berlin-Germany and Somalia trying to procure the natural resin with transparency, fairness and sustainability according to sustainable “Direct Source Principle”. We cooperate and empower  a limited number of small farmers, landowners, and their families in Somalia who have gathered decades of experience in harvesting the precious resin.

We are proud of them, they are our most important element in our supply chain!

“I gave my company the name ,Nature is Unique’ because I am convinced that nature is as unique as the person who holds it in high esteem.”

Girma was born in 1986 in Addis Ababa – Ethiopia and came to Germany with his family as a child. After his education and many years of work he felt more and more the desire to build an economic bridge between his birthplace in East Africa and Germany. During a trip to East Africa in 2013, he also visited his distant relative and old school friend, Abdullahi, who is now also his business partner. It was during this time that the first idea for a business as oriental as the region itself was born – the trade in frankincense resins and the extracts to be produced from them.  After more than a year of market analysis on site in Somalia, we not only understood the business, the raw material and the different qualities, but also the social and ecological context which is essential for our business today.

With the founding of the company in 2015, his wish to empower the population in this region to maintain their economic livelihood and to promote the local frankincense communities through long-term direct partnerships was also accomplished. This serves as a fundament for the exchange of socially disadvantaged frankincense producers, who are our most important element in our supply chain. Since it is the producers who define our quality in the long run!

Abdullahi was born in 1986 in Bonn, Germany, went through school education there and received training in the hotel business afterwards. After two years in the hotel business in Germany, he decided to accompany his father on a flight to Somalia, the homeland of his family. This was a highly emotional experience and, on the way back, he decided to support this country which he had not seen for more than ten years. In 2014, he moved to Hargeisa in the north of Somalia. The interaction with his fellow citizens there and the language barrier caused some problems at first, but in the meantime, he feels fully integrated. Thanks to his ever-growing social network, he is a responsible participant in the local frankincense business and is in charge of the management of the aquisition of the raw materials in Somalia as well as the export from Somalia.

Mohammed was born in 1985 in Puntland, Somalia – the “Land of Aroma”. His family is involved in the harvesting and cultivating of frankincense for generations. In 1990, he had to flee from the civil war in Somalia, and two years later he settled in England. He lived there until 2013, before he finally decided to return to his country of origin to help farmers, farm hands and landowners to improve their standing in the world market with sustainable practices.

Mohammed started by having the resin distilled; and decided to join forces with „Nature is Unique“ since he was looking for a partner who shares his views on social, economic and ecological sustainability. He loves being Head of QC, secures a planned harvesting season, oversees the local steps of production, and inspects, together with Abdullah, the quality of the raw material – a decisive detail for our final product. 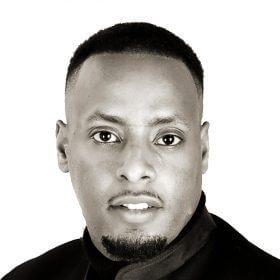 “I gave my company the name ,Nature is Unique’ because I am convinced that nature is as unique as the person who holds it in high esteem.” 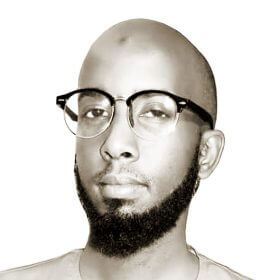 “I measure success not only by numbers, but above all by respect for the people and nature of Somalia.” 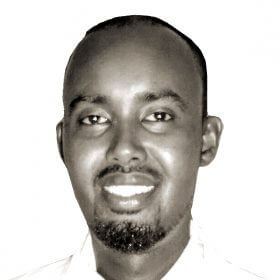 “We plan our success taking into account the interests of all stakeholders in order to create social added value from which future generations in Puntland should also benefit.”